Is It Written in the Stars? 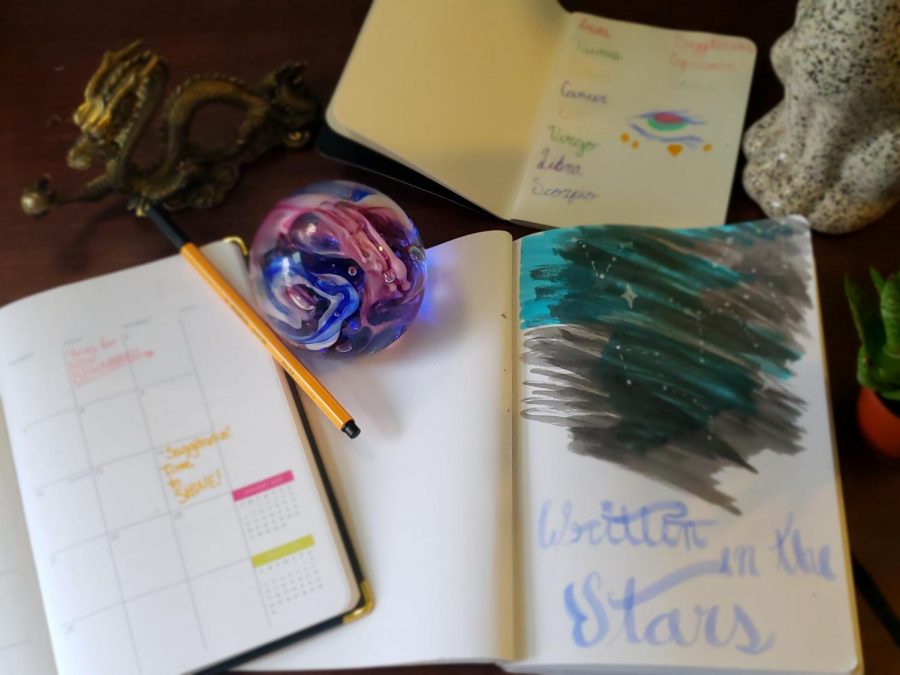 Aries: In three days, you will make a very simple decision that will spiral into a major event in the coming weeks. There’s no way to avoid it, except: Do not approach the Aquarius in your life for extra support.
Song: “I Need You” by BTS

Taurus: Good news! This is your week! Your finances are going to be blessed. Strengthen the bonds between you and your friends by treating them with the wealth you were given this week!
Song: “Hulmility” by Gorrillaz

Gemini: Are you feeling foggy, Gemini? Perhaps it’s the claustrophobic energy given off by an old friend who lingers. Clear the haze by going out by yourself and getting lost in the moment.
Song: “SICKOMODE” by Travis Scott

Cancer: Your motherly nature will make or break a situation between you and someone close this week. So, tread carefully.
Song: “Bloom” by Troye Sivan

Leo: It’s your time to shine! For the past two weeks, you have let yourself take the backseat in your friend group, but now is the time to bask in some care for yourself. Open up to a close friend and they’ll take you in, absolutely.
Song: “Sad” by XXXTENTACION

Virgo: Your near future is being taken down a strange path. If you get out of your comfort zone, you’ll appreciate the change a lot more, even if it’s hard for you.
Song: “Me and Your Momma” by Childish Gambino

Capricorn: Your dreams do not lie. Your subconscious knows that you are running away from some inevitability, and with the waxing moon, moonlight is being poured onto the situation, forcing you to finally face it.
Song: “Ain’t Heard Bout You” by Lil Bibby

Aquarius: As the days become colder and darker, you might find yourself doing the same, but don’t collapse in on yourself!
Song: “I love It” by Kanye West

Libra: Reach out to an old friend you thought forgot you, because they certainly have not! They might just be your soulmate.
Song: “Boogie” by Brockhampton

Scorpio: You’re feeling overwhelmed by an unseen force as of late, but don’t let it overtake you! Instead, take a moment to breathe.
Song: Do I Wanna know?” by the Artic Monkeys

Pisces: Pisces, your normal life might be comforting, but you’ll get bored of it really quick. To combat this, try rearranging just the smallest thing in your routine.
Song: “COPYCAT” by Billie Eilish

Sagittarius: Something is too attached to you, Sagittarius, and it’s draining your air aura. You need to let go of what drains you. Then, you’ll be back to flying high.
Song: “Self Care” by Mac Miller