Geometry and Fortune Telling: What Happened When My Math Teacher Read My Palms 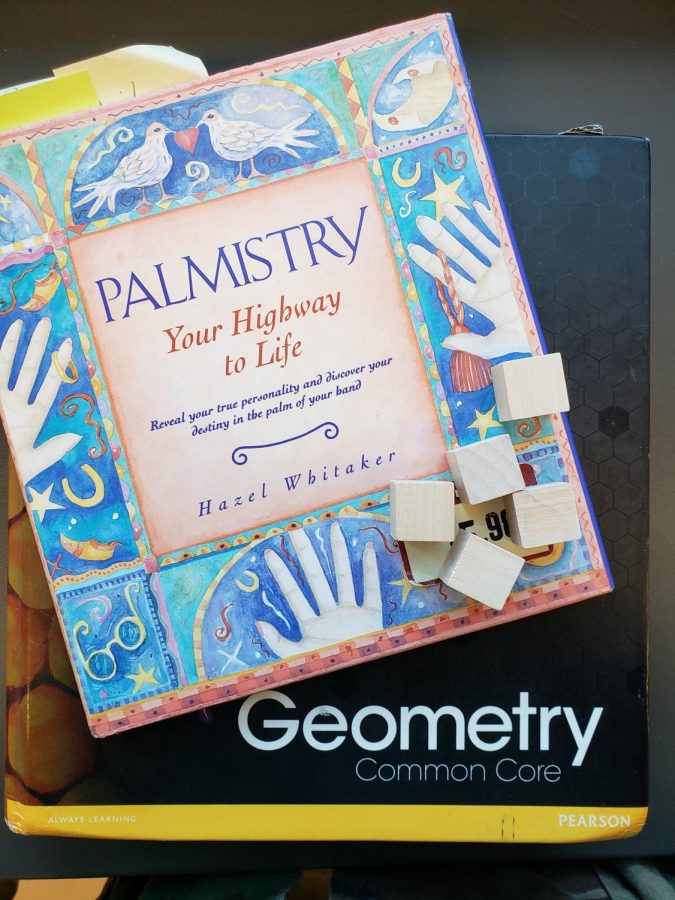 I never thought I’d be in the position of saying that I had a “psychic” math teacher during my freshman year, or that she would tell me how many kids I would have in the future with just a line on my pinkie, but that’s exactly the case, and the entire experience was just bizarre enough that it needed to be shared.

Mrs. Gaulin, a geomentry teacher at Holyoke High, has a fascination with palm reading and the “geometry” within it. The reading of the lines in the palms, how much you can tell about a person from those lines, and how scarily accurate some of her readings on her students match up to their personalities is the fun part to her. I, myself, have a fascination with divination; I’ve always been obsessed with horoscopes (hence why I write them!) and tarot readings, even if I can’t do them myself. My mom believes in the occult in some sense, and she always talked about how she once got a full divination session from a psychic that was so accuate that it made her believe in the supernatural. This instilled an excitement for fortune telling in me, and an active pursuit of it.

When I became Mrs. Gaulin’s teaching assistant this year, and I knew that she’d be doing this exercise with her classes, I’d be lying if I said I was anything less than ecstatic. (Note: I said her classes because she doesn’t just do these out of the blue. They’re by appointment only! And by appointment, I mean being in her class or her TA.)

Palm reading looks at several things on your hands, not just the placement of wrinkles. A palm reader looks at the direction of your fingers, the shape of your fingernails, the general shape of your palm, and the placement of your thumb as well. The entire process is supposed to show you what your general disposition is, similar to a Myers Briggs personality type. From what I saw in her G Block class, kids were surprised by both how extensive it was and how accurate some of it was.

Now, what exactly was her read on me? Was I destined to be a world traveler? Maybe a bum on someone’s couch?

My hand shape is conical, which means that I have a big connection to ESP signals (the stuff that makes telekinesis magic and ghosts exist) and that I am highly intuitive and flighty. My nail shape showed the same results: high ESP sensitivity and an energetic personality. There were other tests to determine how hard working I am (very) and how controlling I am in my life (also very) which then led me to the moment of truth. Mrs. Gaulin was going to tell me how many kids I was going to have.

The answer? None. She couldn’t conclusively say, but instead she read my relationship line. My relationship line was “unnaturally long” which, I joked, meant that I was going to marry one of the ghosts I could allegedly communicate with.

Do I think that you should get your palm read by someone, or pick up the practice yourself? Absolutely. It’s a fun thing to do, to talk to your friends about, or impress people at parties, but for someone who believes in the supernatural, or something as simple as horoscopes, it can be a guiding presence in your life that can help you reflect on your habits and become a better person.