Inside the Crew: Caught in the Act 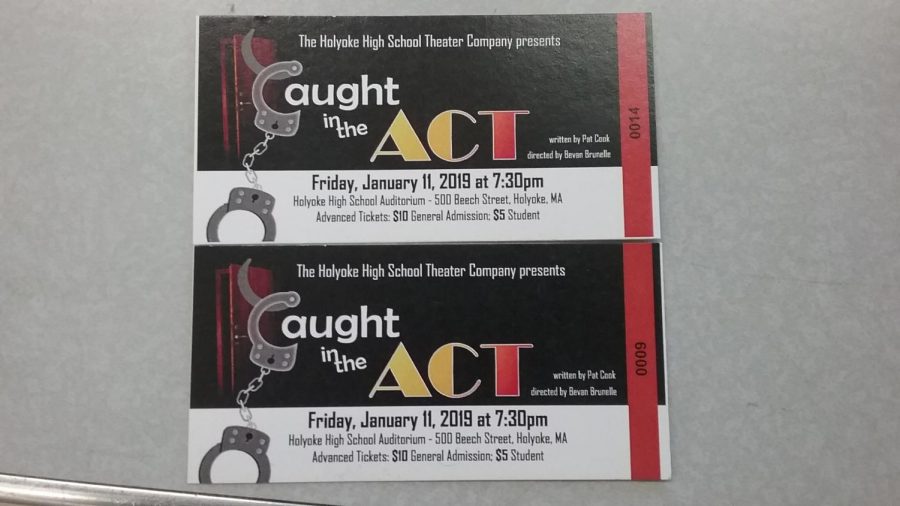 The Herald went to one of the recent rehearsals of  the play Caught in the Act, directed by Ms. Bevan Brunelle, which has been in production for three months already. Caught in the Act is about a group of people that are in a community theater. Gracie, the director, is found unconscious on the floor, and people try to find the murderer. However, the gossip makes everything go downhill.

We interviewed the crew about the play and their experience through the production.

Q: What are some of the challenges you’ve faced while working in the play?

A: “Some challenges mostly are people not remembering their lines. Also lighting and sound,” says senior Johnathan Riopelli.

Q: How much time/work has been put into this play?

A: “Probably three months, four hour each day,” a student from the crew mentions.

Q: How did the idea of Caught in the Act come to life?

A: We were originally going to do a play rewriting stuff we personally wrote, but without the time to actually find something to act out, what Ms. Brunelle did is take one of the productions she had done in the past at Holyoke High that we really enjoyed,” Johnathan Riopelli added.

The play begins tonight. I encourage you to go. The show is in the auditorium at Holyoke High School at 7:30 on Friday, January 11th, and Saturday, January 12th. Tickets at the door are $15 for adults and $8 for students.

Support the arts in our Holyoke Public Schools!