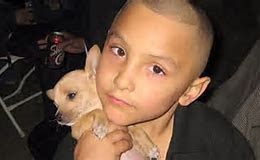 *Warning, the following article contains graphic material. Please do not read if sensitive to cases along the lines of abuse*

Gabriel Fernandez, an 8 year old boy who was abused to death for eight months. On May 22, 2013, Pearl Fernandez (mother) called 9-1-1 to report that Gabriel had hit his head and had stopped breathing. When paramedics showed up to the house, they knew more had happened to Gabriel that caused his death. Paramedics found him naked with ribs shattered and skull fractures. They also said they found BB gun pellets within his skin. He was beaten, starved and tortured. They declared him to be brain dead and died two days later in a children’s hospital in Los Angeles. The biggest reason why he was abused was a man named Isauro Aguirre, the mother’s boyfriend, who believed Gabriel was gay. Pearl and Isauro were arrested on May 23, 2013 in connection with his death. The most recent update on the mother and the boyfriend was that Pearl got sentenced to Life in prison and Isauro got the death penalty.

Some disgusting actions Pearl and Isauro did to this poor child was forcing Gabriel to eat cat feces, rotten spinach, and his own vomit. He slept in a locked cabinet with handcuffs with a stuffed sock in his mouth every night. They did not let him out to use the bathroom, if he went in the cabinet he was forced to clean it up. They soaked him with pepper spray and had cigarette burns all over his body. He was hit repetitively with a metal hanger, a belt buckle, and a wooden club. One day pearl hit Gabriel with a bat and knocked out some teeth. Isauro worked as a security guard, he would put Gabriel in a chokehold with feet off the floor and put him against the wall with all force Isauro had. Isauro punished Gabriel for playing with dolls and forced him to wear girl clothes to school. The last beating Gabriel had was because he lied to them, told them he was dirty and refused to clean up his toys. They both allegedly began punching and kicking him, even when he laid on the ground unconscious.

Gabriel was a young boy that had hopes and dreams just like the rest of us, until his mother and her boyfriend took that away from him. As any young boy, he wanted to have fun with friends, to have an education, and to experience what it’s like to have a memorable childhood. Instead of wondering what he wanted to be when he grows up, he was too busy trying to survive within his own home. An 8 year-old child shouldn’t be thinking where he is going to be sleeping tonight, what his next meal is going to be, or when he is going to be able to play outside with the neighborhood kids. Child protective case workers failed to protect him even when he seeked attention by writing a suicide note, sadly they dismissed it because it didnt say when he was planning on hurting himself. Teachers even contacted the social workers because they noticed he came to school with a bloody lip, black eyes and bruises on his face. They followed up and just said “the injuries on his lips were blisters”. These actions show these child protective social workers (DCFS) don’t pay enough attention to the bigger issues and failed to protect kids from the danger of inside their home. 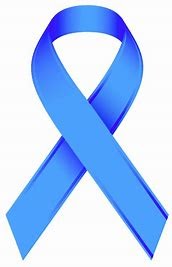 I think Gabriel’s story along with other children’s stories should be heard. Many kids that are just as innocent as Gabriel was, were killed because of their parents, ignored by social workers or others neglected by caretakers. It’s hard to know many children were tortured for months or even years. As a person who adores being around kids, this is something that is truly heartbreaking. I also do believe that these need more attention. Many kids are not being treated very well or making bad decisions because of people in the home. More actions need to be done to prevent and stop child abuse and letting more kids be tortured from the people involved everyday. A blue ribbon is a symbol of Awareness to Stop Child Abuse. If you know anyone or have been through this, just know everyday is a different shed of light. Always try and seek for help or help one another. This can minimize the percentage of child deaths caused by abuse everyday.