Holyoke Then And Now, What Has Changed? 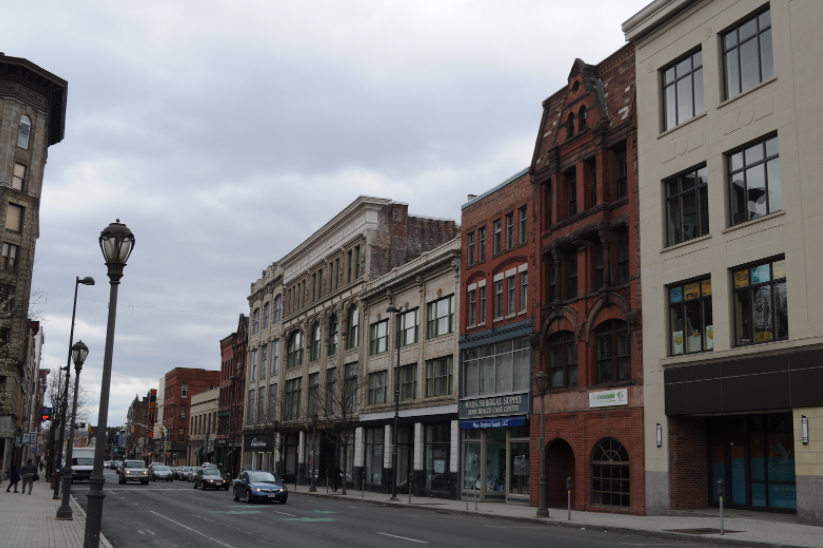 Between 2001 and 2020, Holyoke has drastically changed in many ways; however, there is still room for improvement. The difference between the two time periods is mainly focused on art within the community. The improvement of our city is very important, and it should never be stopped or forgotten. In other words, we shouldn’t stop at the bare minimum of improvement. There are plenty more things we can do for a dying city. Not just talking about Holyoke either. There are plenty of other cities in our state, and even nationwide that have potential, but they don’t stand a chance in today’s fast-paced world.

Looking back at Holyoke in 2001, the biggest attractions were the Holyoke merry-go-round, the children’s museum, and the mall. Those three attractions seem to be the biggest in Holyoke right now as well. A common weekend, you would see plenty of families spending time at Heritage State Park, splitting time between playing in the children’s museum, taking rides on the carousel, and playing in one of the many parks in the area. Older kids would hang out with their friends at the mall or library. Wait.. when was this weekend seen? Is this a typical weekend in 2001? Is this a typical (pre-corona) weekend in 2020? Honestly, it could be either. The same things in Holyoke stayed super popular throughout the years, which isn’t necessarily a bad thing at all. But, is it always a good thing?

Holyoke isn’t all the same though. I mean, the reputation Holyoke has now has probably improved a lot. The city seems to be getting better every year. There is a lot of culture that is celebrated, and a lot of beautiful parts of the city. Art is becoming a big part of Holyoke, so there is definitely hope for a very arts focused city right now. There are community members that love the city and are trying to make Holyoke look beautiful with art and events that will interest and entertain people. These things keep the city from being anything more than just a bad city. Back in 2001, you didn’t see much of that. The St. Patrick’s day parade still existed back then, but the culture of other people wasn’t really brought up much. In 2001, the artwork was graffiti, and I don’t think much of it had a story or purpose behind it.  Although there has been plenty of changes in the city, it shouldn’t stop there. That leads me to my next point.

Going back a couple paragraphs, we bring back the point of needing improvement. Even though there is some stuff to do in Holyoke, the most popular pastimes have been the same for a long time, and it would be nice to have some new things. The merry-go-round and children’s museum is geared towards families with young children. All of the entertainment in Holyoke is specifically geared towards little kids or adults. In order to not spend every weekend at the mall, I have to leave the city which isn’t always convenient for me or my friends considering we can’t drive yet. There are a handful of youth programs, but these are usually only accessible to younger kids as well. Not all of them might be accessible if children don’t live close enough. There isn’t anything for teenagers to do. Going along with nothing for teenagers to do,  school budgets for middle schools and high schools don’t have a big enough budget to have after school events to keep students entertained. Without a big enough budget, students are limited to what they can participate in. So really, there is really a limited variety of things for teenagers to do.

Concluding that, I think Holyoke could be a wonderful place to live in and spend time in, if it was just worked on a little bit more. There is definitely potential, considering what did change between 2001 and 2020. Overall we saw that a lot of the residents in Holyoke started to have more pride for their city as the years went on. We saw that a lot of art was displayed around the city, along with lots of cultural celebrations. All of these changes are wonderful, and Holyoke wouldn’t be what it is today without them,  but I think we can do better.