For the third year in a row, HHS staff and students arrived bright and early to take part in Western Mass New's Honor Roll Live segment. 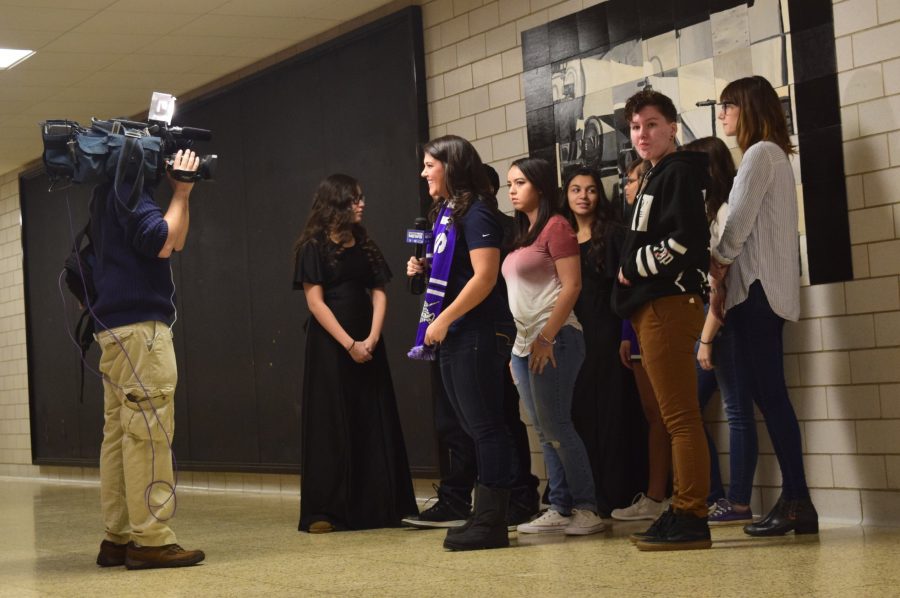 On Friday, January 27, 40 In the Morning visited Holyoke High School for the third year in a row with their show Honor Roll Live. Honor Roll Live is a segment on the show that travels to different high schools in the region, highlighting the schools different clubs, sports teams, and other extracurricular activities.  This year, Holyoke High has showed off our great clubs such as the Student Government, Restorative Justice Group, and The Herald itself.

“It was amazing to be able to express my love and school spirit to all of Western Mass” said Senior Class President, and Honor Roll Live Veteran, Darian Gonzalez.

The morning started around 4:45 A.M. with the arrival of the student government members. This year, the morning’s activities were organized on by the Holyoke High School Student Government, primarily the group’s advisor, Mrs. Butler. The show actually began to air at 5:00 A.M., and student government and Mr. Sullivan went on first, followed by other groups. The students enjoyed complimentary hot chocolate and granola bars as a reward for being there so early.

“Nobody likes waking up that early in the morning, but being with the people there and being able to have fun, really makes it a memorable experience,” said three year Honor Roll Live Veteran, and new public relations correspondent for the Herald, Justin Godbout, “it’s definitely something I’ll be able to look back on for years to come.”

Though being incredibly tired, everyone enjoyed each other’s company, and are willing to do it all over again to keep the tradition going. It just goes to show that Holyoke is full of good sports and lots of school spirit.